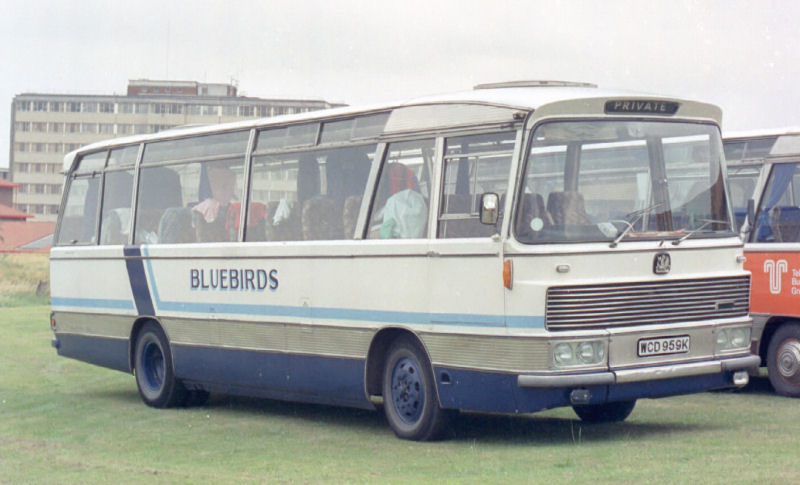 Photo attached – taken at Stoke City Hospital, 13 Aug
1989 (incidentally parked next to my coach). I had a dance troupe on board, and the carnival/competition was organised by Graham Shaw.

I’ve observed the following
coaches with Bluebirds – the one shown in the pictures already on your site, MFN891, may have been on hire from H&M