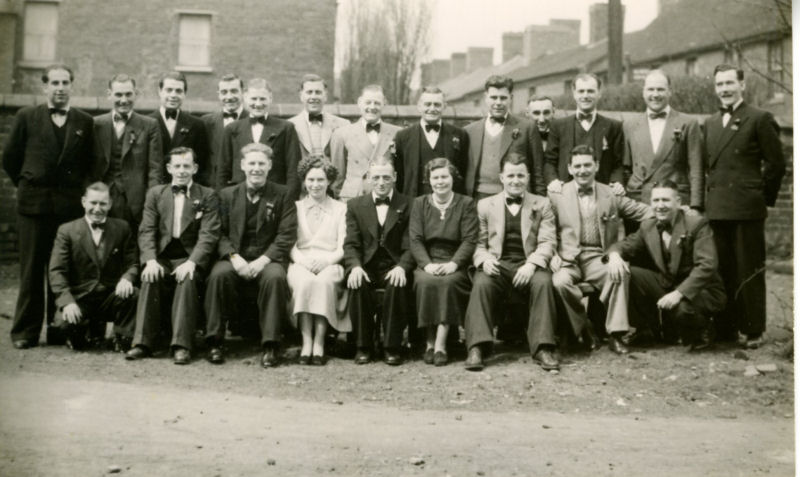 The Cork Club of Heath Hayes

This one was taken prior to my uncle Ron Dean seated front left of centre with his wife Jean(nee Mason) left for Canada in 1954.

My picture shows them wearing Bow Ties your picture show some of them with shirt fronts wore outside their jackets, Balloons on sticks, these they had to wear or carry from their home in full view of the village people.

I have many letters and suggestions as my father was secretary for many years, oh they also had to wear a cork with ribbons attached to it in their lapel. 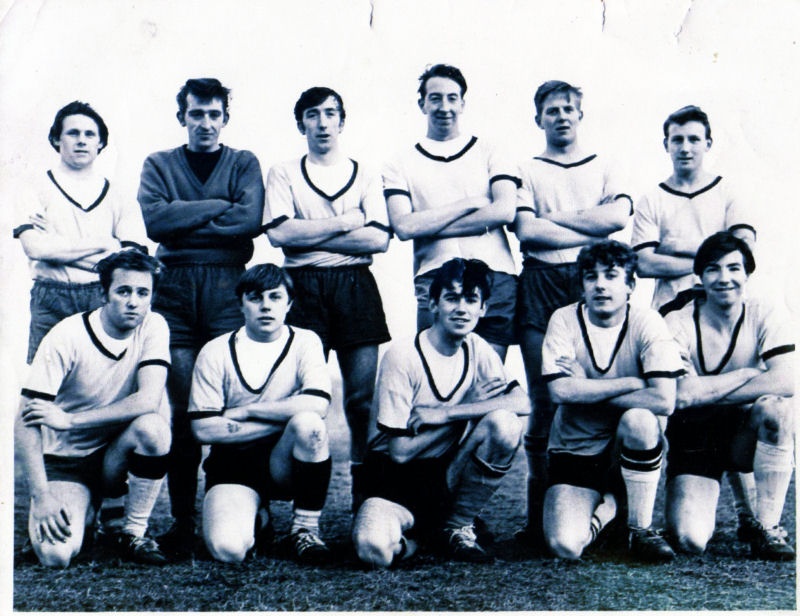