Nellie Cane was a prominent local singer and piano teacher. Nellie lived in Gorsemoor Road Heath Hayes, Nellie died in a car crash on her way to the television studios in Birmingham early 1960′s William Isaac Cain and Florrie are linked with Nellie

Thanks to Ruby Lycett (nee Cox) for the following information

It was with great interest that I read in your paper that someone was interested in Helen Caine.  Well, I was born in the same village as her and at eleven and twelve years of age she was my idol.  I always wanted to sing and go on to be like her, my mother asked her if she would consider   teaching me, and so I became the first pupil she had.

Before moving to Gorsemoor Road in Heath Hayes, her parents kept a fish and chip shop (which she hated) in the village and I remember her telling me how she had to seal her wardrobe against the smell to protect her evening dresses that she wore for singing.

When her father got ill while living in Gorsemoor Road she asked if she could do her teaching at our house, which she did.

She got married and had two sons, but then was sadly divorced.

When I was nineteen I got married at Cannock church and was thrilled when she came and sang for us.

I and many more people from the village were devastated when we heard she had died but I guess, as we never saw her grow old, our memories will always be of a really beautiful lady with a beautiful voice.

Hoping this will be of some interest

From her first pupil at twelve years of age, and who is now eighty years old . 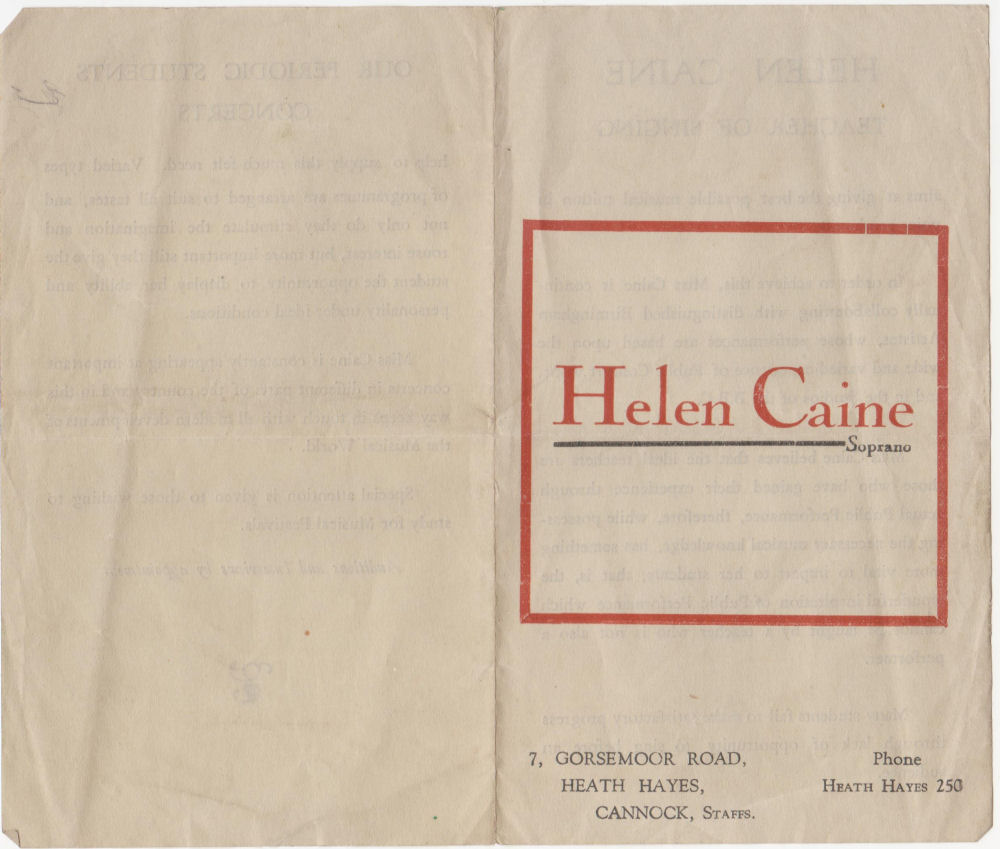 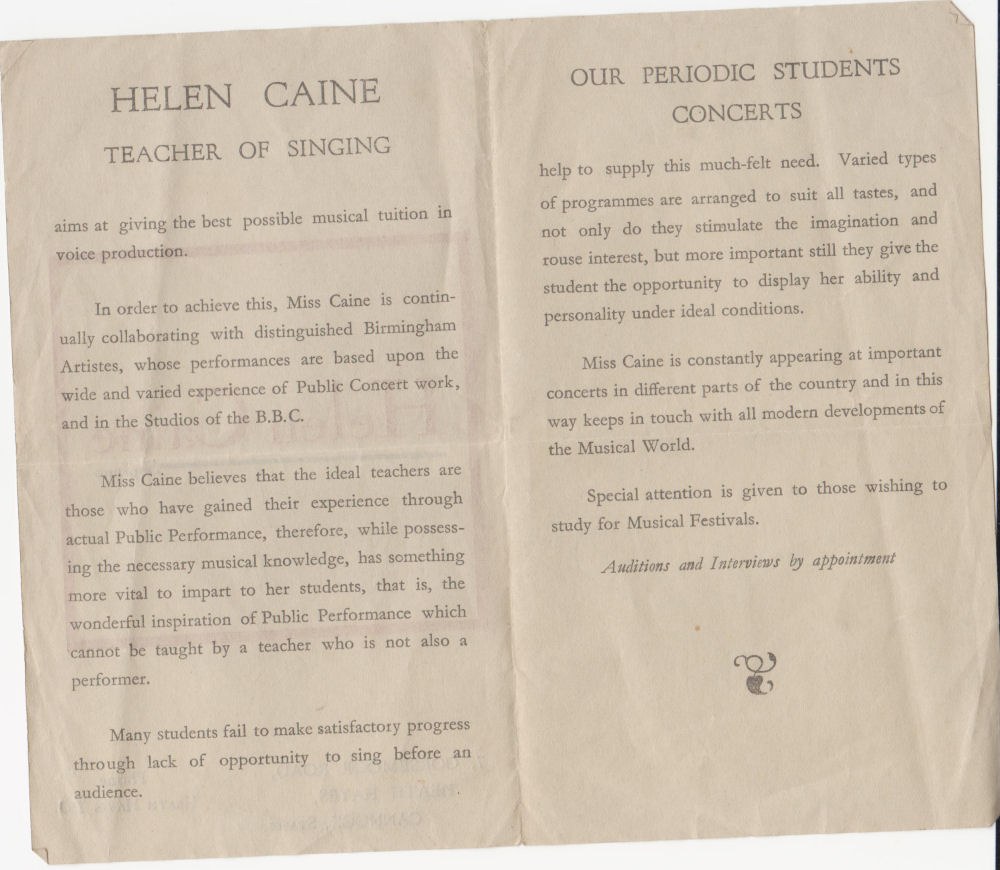 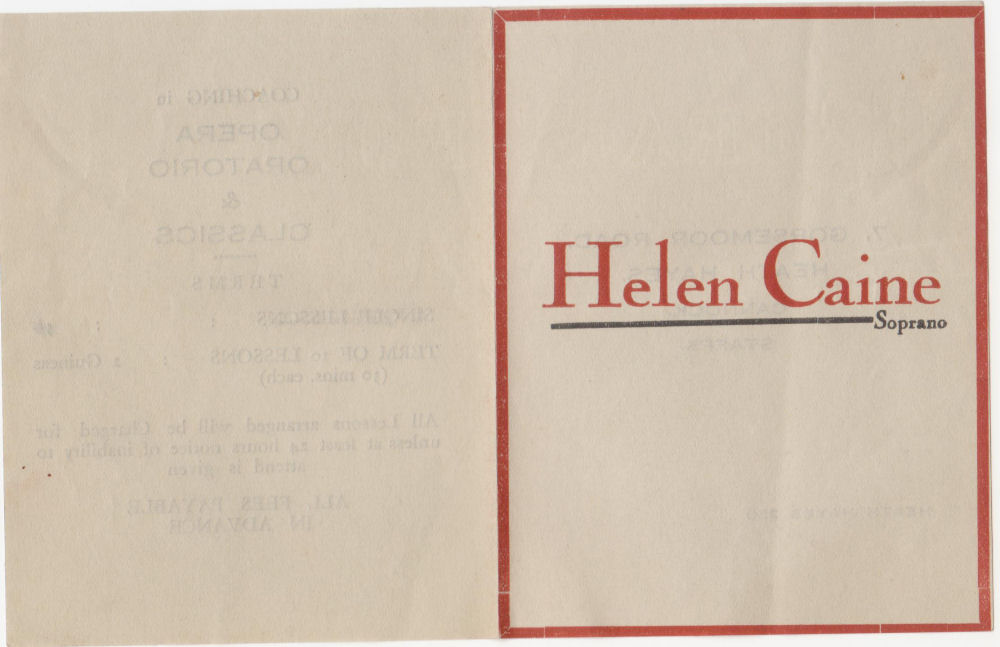 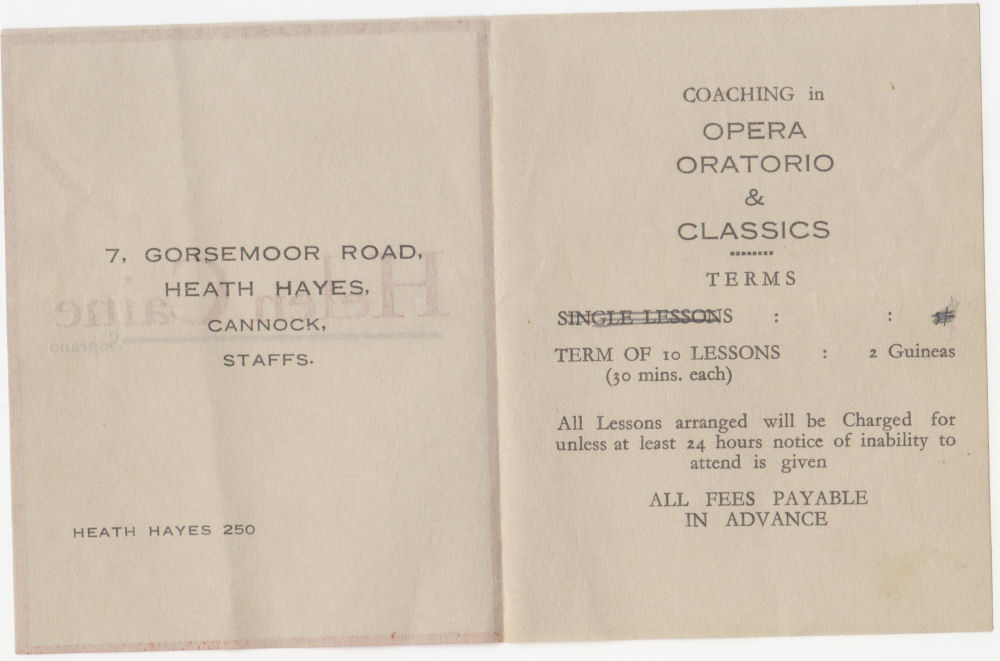