Hope all is well. I do intend to write some more for you, it’s just finding the time. Retirement is busier than work!

Going through some of my Dad’s old photos, and found these, which I don’t think that you have. The first is in Rev. John Dodd’s time, when the organist was Bob Kalton, in the RAF at Hednesford. The second is in Roy Hibbert’s time, with the the Rt, Rev. Richard Clitherow, Bishop of Stafford, The organist was Percy Kendrick.

Hope that these will be of interest.

Here are some names of who’s who in the photo with the Bishop. The front row men, left to right, are Geoff Teece, do’t know the first curate, second was Rev. Johnson, Roy HIbbert, Bishop Clitherow, Rev. D.K. Robertson, Vicar of Cannock, I think the next is Rev. Jonathan Hopcroft but not sure, then I think the next curate was Rev. Johnson, then Percy Kendrick and Bill (Buller) Jones. The man on the far leftt is lay-reader Eric Skidmore, and choirmen in the second row, again left to right are David Collier, Derek Smith, then forward are Philip Raybould,Harold fereday, Terry Bruce, John Francis, Don Price, my dad, then me, Cedrick Smith, David Grantham.The two in robes at the back are David(‘) Johnson and Bob Sturgess. 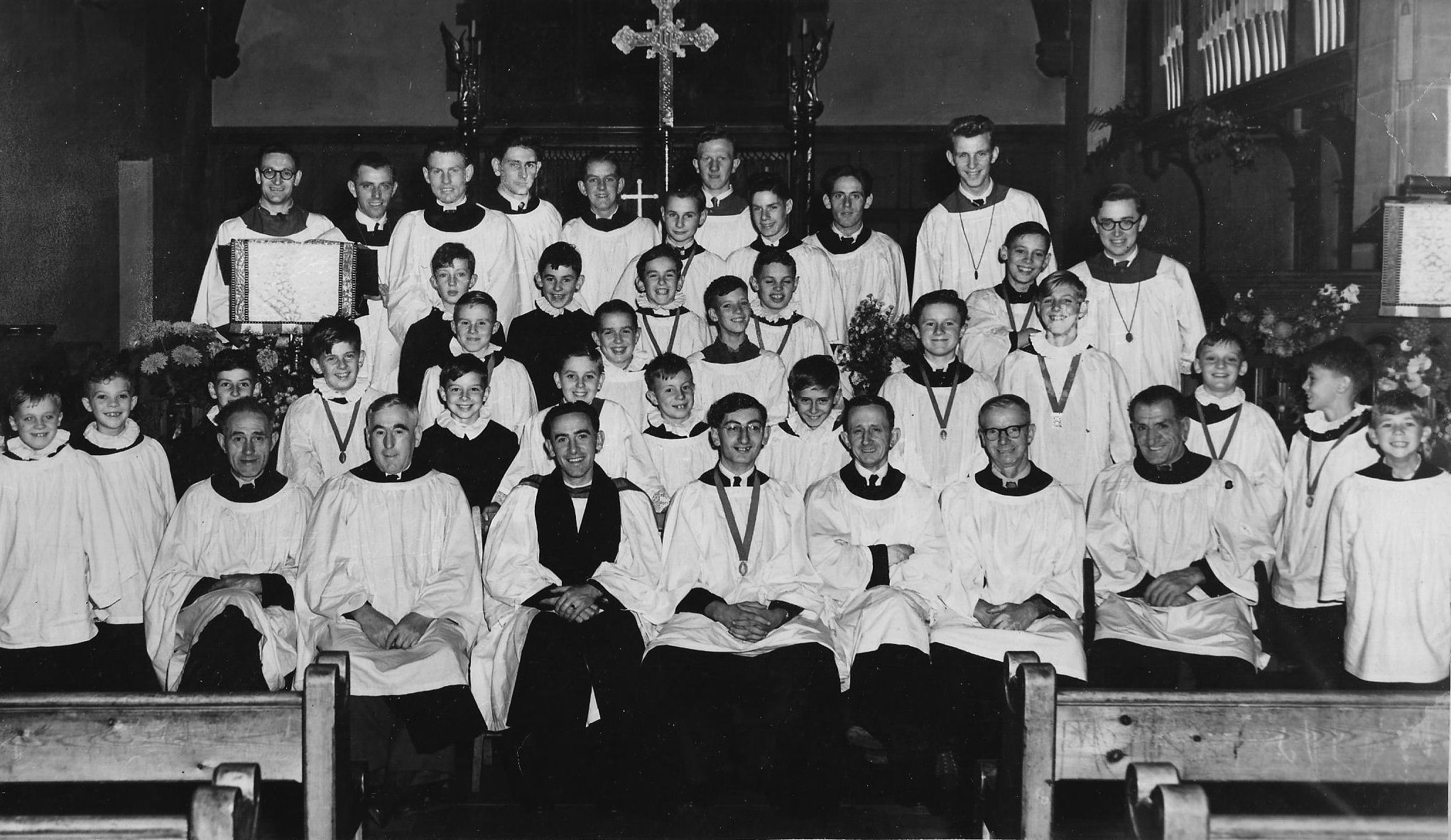 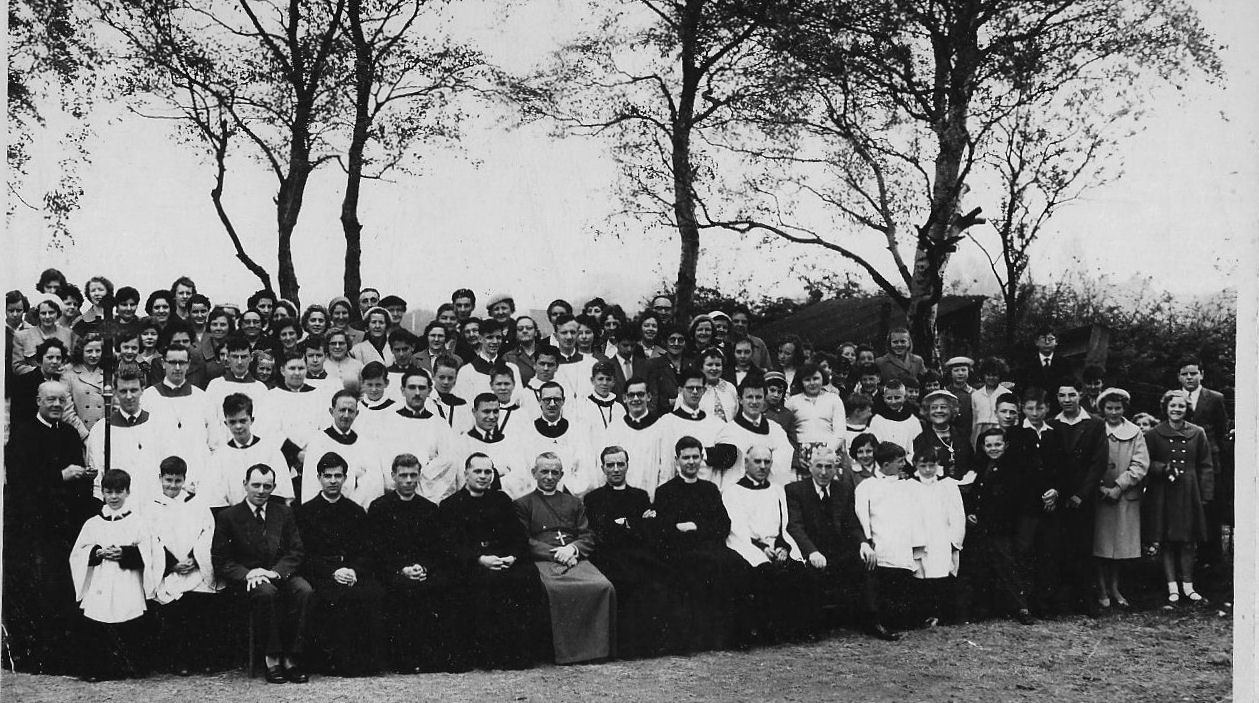