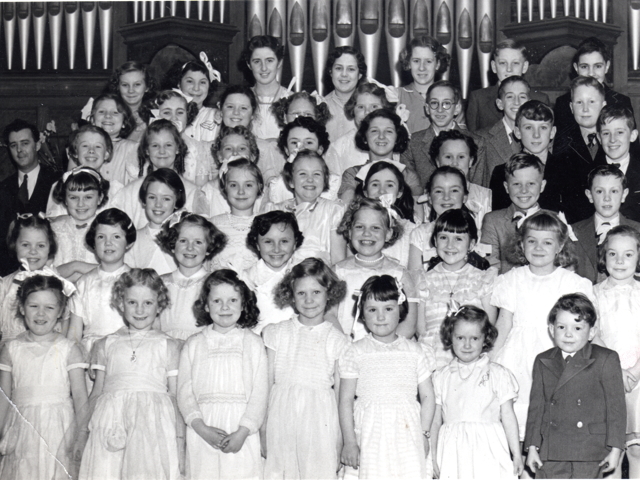 I’ve gone through my old photos and found quite a few of the Tennants and their circle during the war BUT I now realise that since these were private ‘family’ type photos it might not be ethical for us to publish them without the family’s permission and approval.  However one undisputed public photo is the official one (attached) taken of the Bourne Methodist Sunday School Anniversary Concert, the first weekend of March 1956 (I think).  The faces are all still so familiar to me butI can only name a handful of the kids in the photo as follows:

Maybe others can add names to these faces………?